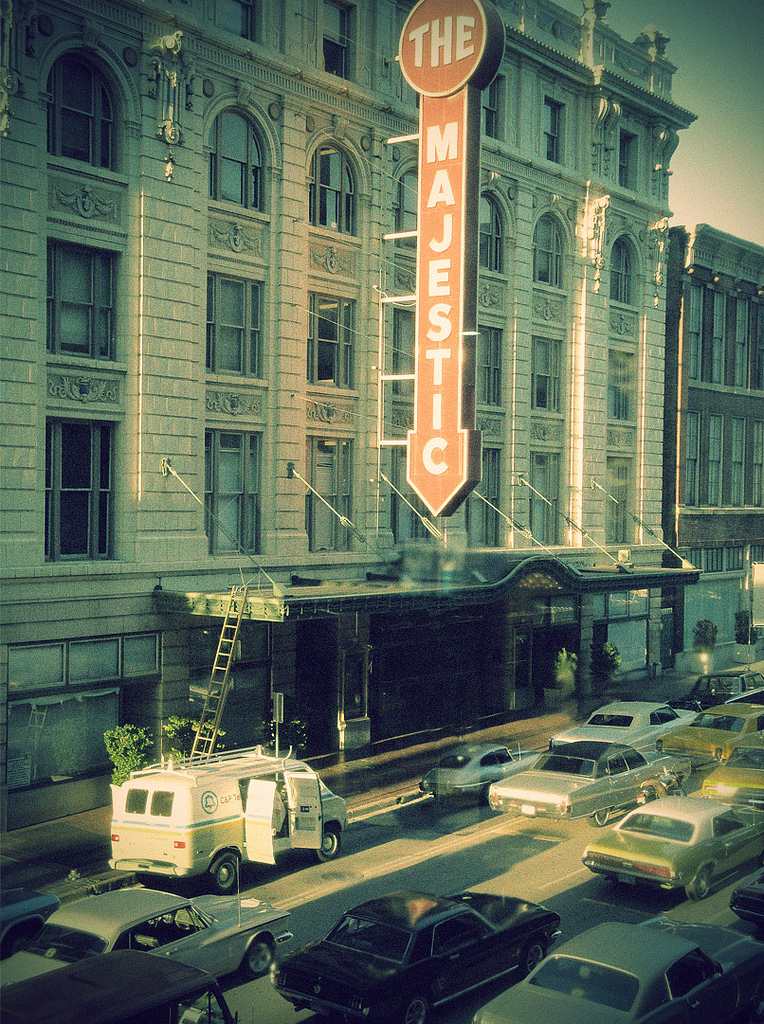 There has been much discussion about the economics of historic preservation: it has shown to create jobs, increase tourism, and be a sustainable tool for redevelopment. Another benefit of preserving structures is their ability to attract location scouts for film productions.

During October film crews were in town for the filming of “Chasing Shakespeare,” an independent film currently in production (using various locations in Texas).

The Majestic Theatre served a supporting role in the film when portions of Elm Street were transformed into a film set. The street was closed for a day as vintage automobiles parked for both day and night shots. It was a chance to see Elm Street as it might have appeared several decades in the past (although for filming the direction of traffic was reversed). The timeless Majestic Theatre served as an elegant urban backdrop, and other historic facades along this block also made appearances. The interior of the landmark theater will be shown on screen; the film is “a love story between a young African-American man and a Native American girl with a passion for Shakespeare.”