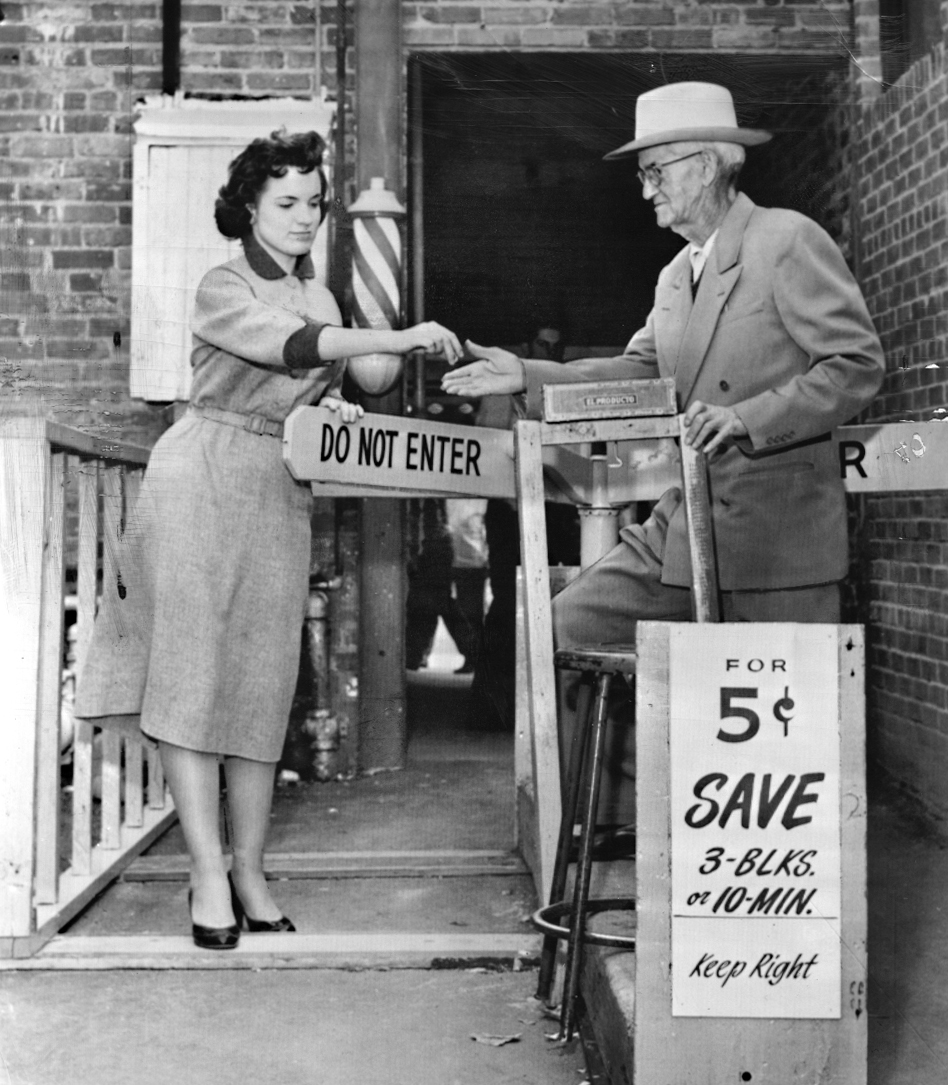 There has been a long history of turnpikes and toll roads in the DFW Metroplex; road construction costs assure us that there will be more to come (even controversially). Normally constructed for auto traffic, downtown Dallas once contained the nation’s shortest turnpike… for pedestrians.

Located between busy Elm and Pacific Streets, a small parking lot became a popular shortcut for pedestrians walking to downtown destinations. Despite 12 years of “no pedestrian passage” and “customers only” signs, the route was so heavily trafficked that it prevented cars from being parked in the lot. In 1956 owner Elbert Norton had an idea: open a pedestrian-only parkway and charge customers a nickel for each use. Almost 100 people an hour used the walkway on the first day; the short-lived “Norton’s Turnpike” became a unique feature of downtown Dallas on the move.

3 Responses to "A Turnpike for Pedestrians"