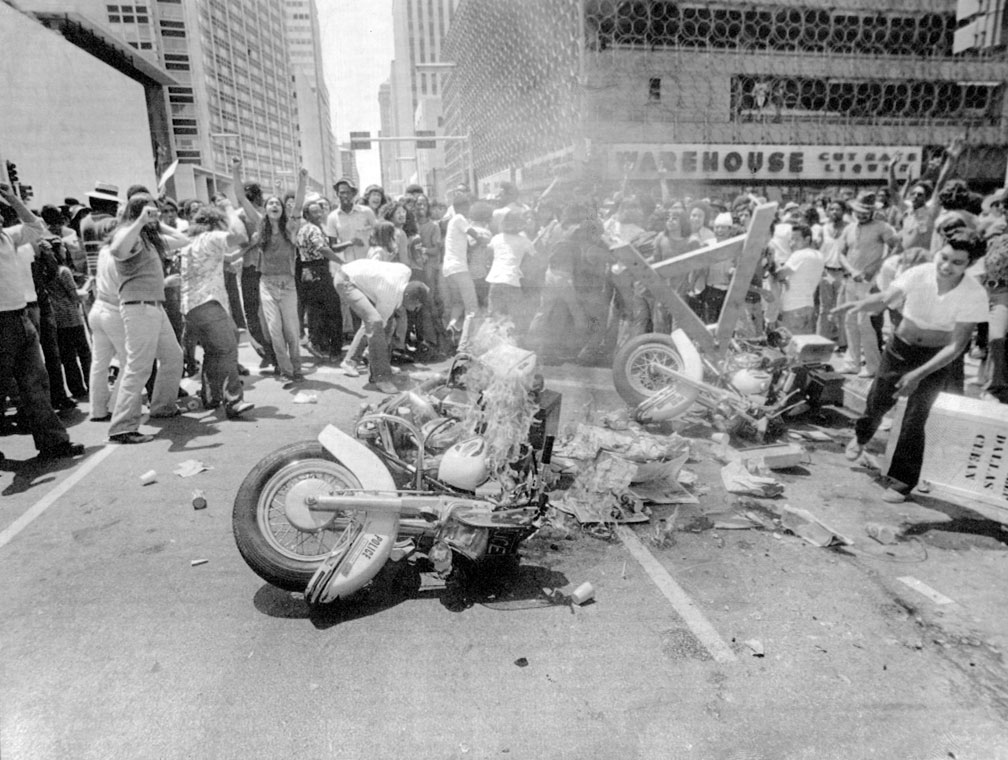 In July 1973 the corner of Harwood Street and Commerce street was the scene of a dramatic protest. In a shocking incident Santos Rodriquez – a 12-year-old boy suspected of burglary – was shot to death by a policeman while handcuffed to the back of the officer’s vehicle. As the investigation ensued, a memorial march of 1,200 people wound through downtown Dallas. The march – peaceful at first – turned chaotic, resulting in violence and broken store windows.  At the corner of Harwood Street and Commerce Street two police motorcycles were set afire outside of the Municipal Building, home to the Dallas Police Department. The press photo below documents the event. In the background can be seen the Dallas Public Library & Statler-Hilton on the left, and the Gold Ring Garage (now site of Main Street Garden) on the right. The officer responsible for the incident was later convicted and sentenced to 5-years in prison.