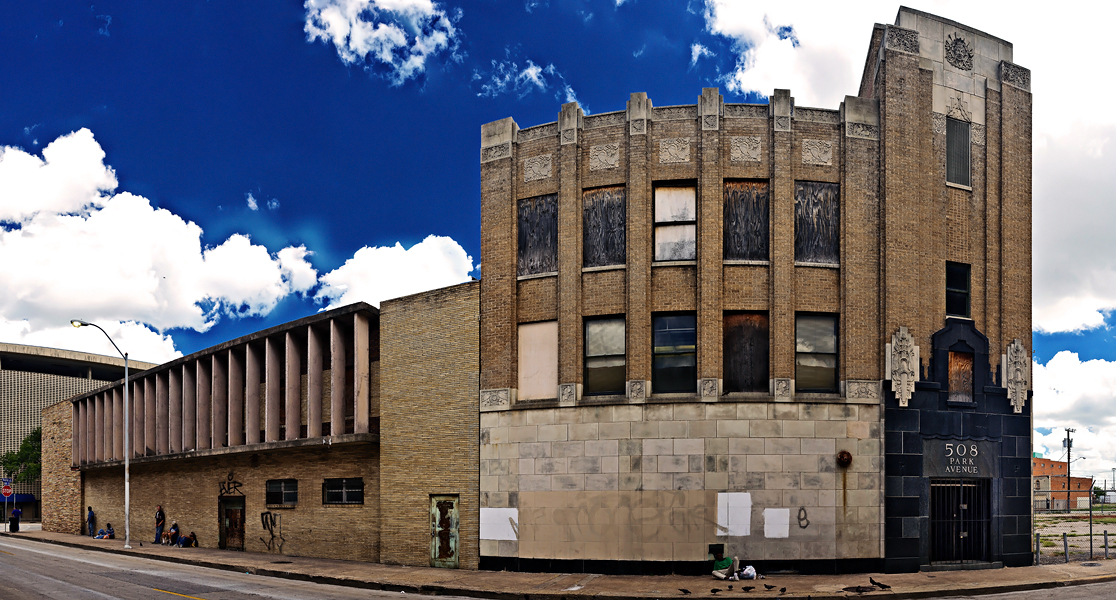 Preservation Dallas today published its 2010 Most Endangered List, which each year raises awareness of neglected or threatened historic buildings throughout the city. Among the structures on the list is 508 Park Avenue (the former Warner Brothers Film Exchange), a contributing property in the Harwood Historic District. A significant Art Deco structure, this property is a great remaining example of the film warehouses that once filled this section of downtown Dallas. Preservation Dallas lists the following details:

Threat: 508 Park Avenue and 1900 Young Street were the subject of an application for demolition last year. The demolition certificates were denied by the Landmark Commission, and upheld by the City Plan Commission.

With the future development of the new convention center hotel and potential plans for light rail transit in the area, and vacant space in near-by historic buildings, Preservation Dallas hopes that a new owner will seize the opportunity to take advantage of federal preservation tax credits and redevelop these historic properties.

Along with 508 Park, several historic structures bordering the Harwood Historic District were included in this year’s list. Visit the Preservation Dallas website for more details about the list.